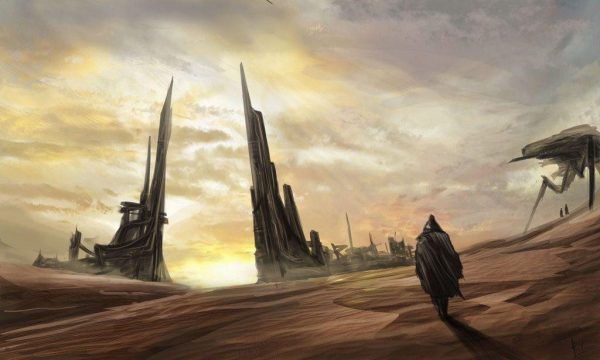 With difficulty we were able to make this truce, they only gave us few days, before they continue the war again, before the people rip off the bodies of each other, and threw themselves into the chopper of blood that formed with their bodies.

A few boys we were, a few that they could barely see us, in shabby different clothes, and in various languages, but within us, there was a real desire to stop this farce, and to save our world from its misery,

We heard that the solution lies with the people of the North, and stories were told that there ..in the north..people lives without wars..without killing..without hate..people living together in peace.

There are only a few days left and the truce ends, each of us led some of his people, and we set out to cross the Great Desert, ؤcovered in the sun of our desert, which was pouring its lava to punish us, we crossed the desert after we lost so many of us out of thirst, and we crossed the Greater Sea, and some of us died by drowning.

We passed through the frozen forests of the North, and some fell from the harshness of cold until we reached the civilization of the North.

Suspicion, fear, and disapproval that’s how they were looking at us, They were dressed in clean, uniform clothes, and they were all wearing a shiny silver bracelet.

We kneeled under their feet, we kissed their hands, “please..Save” we said in fear, stop this damned war, we beg of you. grant our people the life of peace and comfort in which you have.

They looked at each other before their elder approached us and said in his own language: “What you are asking for is here.. but it will be a difficult choice for you. Are you ready to accept the solution?!”

I replied to him in the language I had learned for this moment:” Please.. save us..we are ready to do anything.”

Come with me, he said.

Their leader led us through the crowds until he brought us to that great thing, a big machine in the middle of a field, where this machine takes the form of a circular gate.

He simply said to me and everyone: “This is our secret. This machine is the secret of peace. You and those with you will enter through this gate, and all the differences between you will be erased, language, culture, and beliefs, we will all become one thing, and only then, all the differences will disappear, and peace prevails.”

I looked at those who came with us, I looked at them, contemplating their shabby clothes and their miserable condition, and they looked back at me wondering…

“What a heavy price”

The leader of the North smiled at me and said to me: “what have you decided?”

I stepped forward towards the gate with confidence and determine steps, I stepped few steps, and only one step left, one step only, then I stopped.